Whirlwinds can be divided into two main classes, the greater and the lesser whirlwinds. The former are represented by tornadoes, waterspouts and funnel clouds. The latter are the momentum-driven eddy whirlwinds and the thermal-column wind-devils and fire-devils.

A whirlwind is a particular kind of vortex spinning in a fluid. When a vortex spins in water, the term is âwhirlpoolâ (q.v.). When the fluid is air, the vortex is a whirlwind which can be of various types, represented by two classes. Most violent are the greater whirlwinds -- tornadoes (q.v.) and waterspouts (q.v.). More common are the lesser whirlwinds which include wind devils, fire devils and eddy whirlwinds. 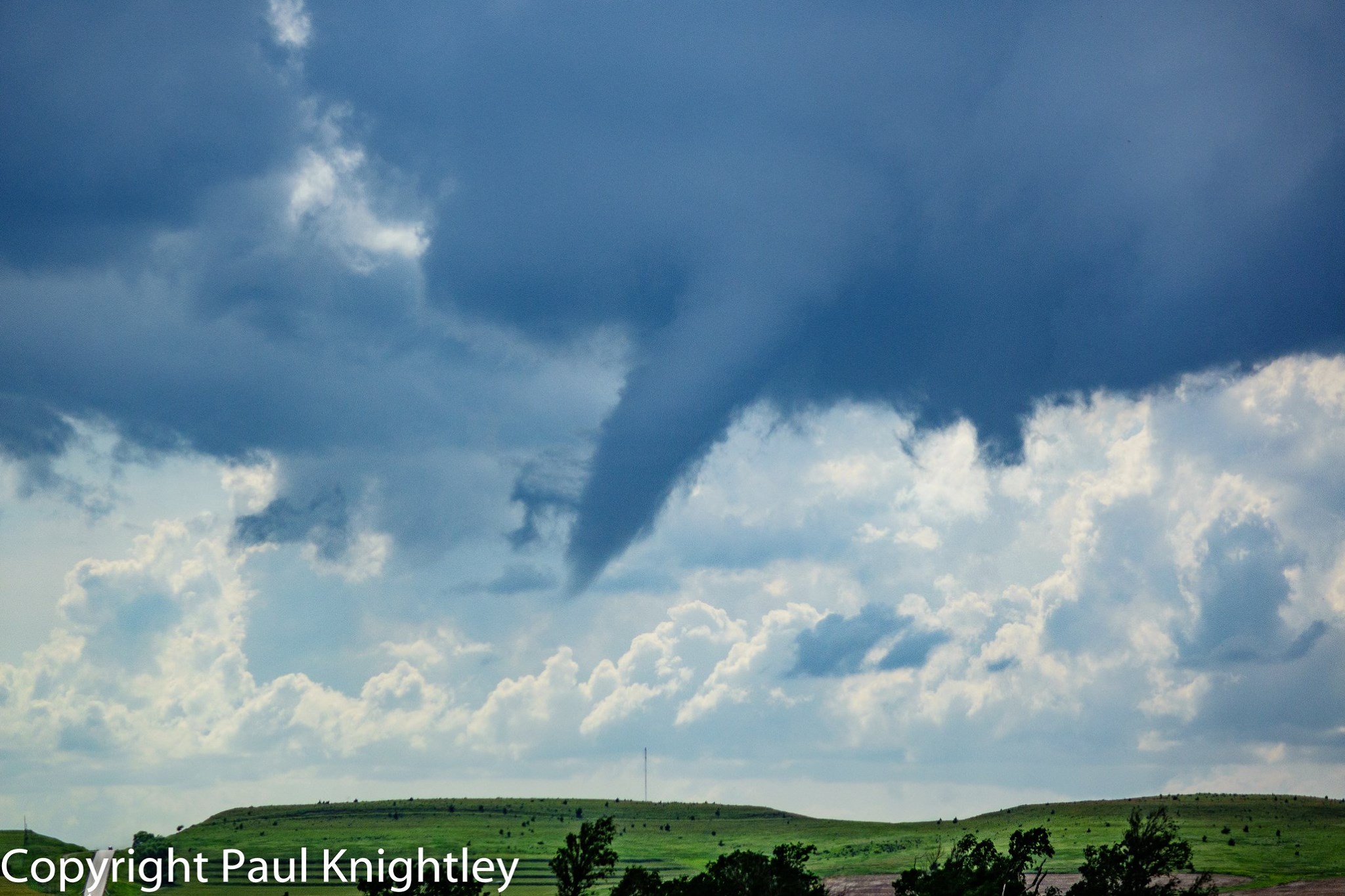 The greater, or major, whirlwinds are created by parent clouds which for the majority of tornadoes and many of the waterspouts are cumulonimbus severe-weather clouds. They are characterized by a columnar funnel of spinning air made visible by condensation of cloud-water droplets caused by reduced air pressure in the spinning core. The rotation is seen to descend from the cloud-base as the funnel develops, and it persists until retraction into the cloud-base is complete. Moreover, a tornado may become a strong waterspout as the powerful rotation moves from land to sea (and vice-versa). When such vortices do not descend far enough to reach a land or water surface, they are simply called funnel clouds. 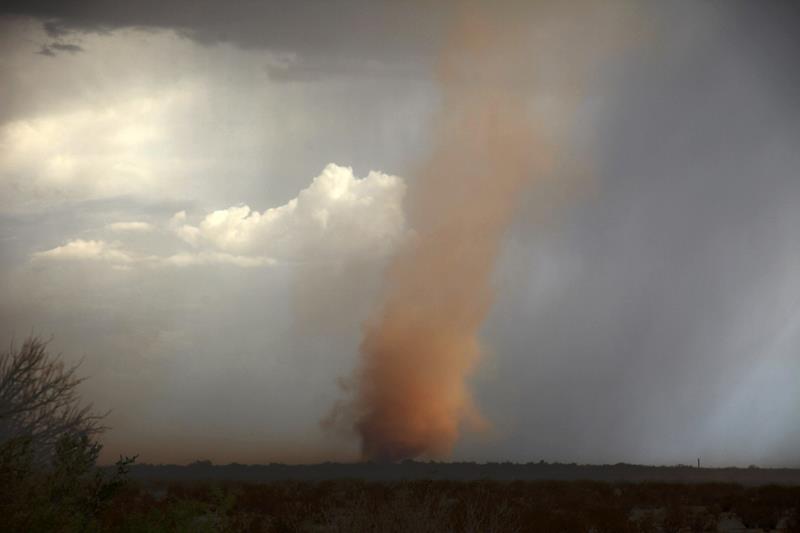 The majority of lesser whirlwinds are typified by a more or less vertical, whirling column of rising air that is warmer than its surroundings. More frequently formed on warm, sunny days in clear dry air, these are the wind devils -- also known as land devils and water devils. Depending upon the nature of entrained matter that makes them visible, they are called dust devils, sand devils, snow devils, fire devils, etc. Great heights can be obtained in long-lived cases, as a result of which an energetic, tall, devil-whirlwind can be topped by a small cumulus cloud. Whirlwinds of this class are driven by the motion of warmer air as it displaces cooler air and becomes a small-scale, rapidly rotating column of wind at the lower end of a 'thermal'. The degree of warmth of the thermal column is relative to the temperature of its cooler surroundings. Although wind-devils are more likely to form on clear, dry hot afternoons especially in summer, they can form even in winter given appropriate temperature gradients over, for instance, fields of snow or ice.

A whirlwind may also develop over a fire or region of hot ashes if there is a suitable convergence and rotation of the air. It is then a fire devil, of the lesser whirlwind kind because it is maintained by a rising column of hot air. Fire devils can occur under many weather conditions, but as with other minor whirlwinds, they form more readily in calm or light winds because this allows heat to build up more rapidly. The cause of fire devils is usually forest fires, wild fires and post-harvest stubble burning, but also bonfires, oil fires, volcanic eruptions and nuclear explosions.

Another category of lesser whirlwind is the ordinary eddy whirlwind. This is a helical rotation originating in the general wind flow of the day downwind of an obstruction like a hill or high stand of trees. This is similar to how a whirlpool forms as an eddy in water downstream of an obstruction. Because eddy whirlwinds are driven by momentum, they are more likely to form in breezy conditions. Such whirlwinds are also sometimes visible in humid air over lakes downwind of hills or mountains. A different kind of eddy whirlwind â one which is part of the greater whirlwind class -- forms at the interface of two air masses that are moving at different speeds.