Lightning
RESEARCH//LIGHTNING//THUNDERSTORMS IN THE UK

Thunderstorms in the UK

What is lightning and thunder?

Lightning is a huge electrical spark (discharge) that flows from a cloud (called a cumulonimbus or thunderstorm) to the ground, or within and between clouds, or from the cloud to air. Thunder is the sound produced by the rapid heating of the air by a lightning flash. The air expands explosively and contracts rapidly, producing sound waves.

There are many US websites which explain the science as well as lightning safety:
http://www.lightningsafety.noaa.gov/science.shtml
http://www.nssl.noaa.gov/education/svrwx101/lightning
http://www.weatherwizkids.com/weather-lightning.htm 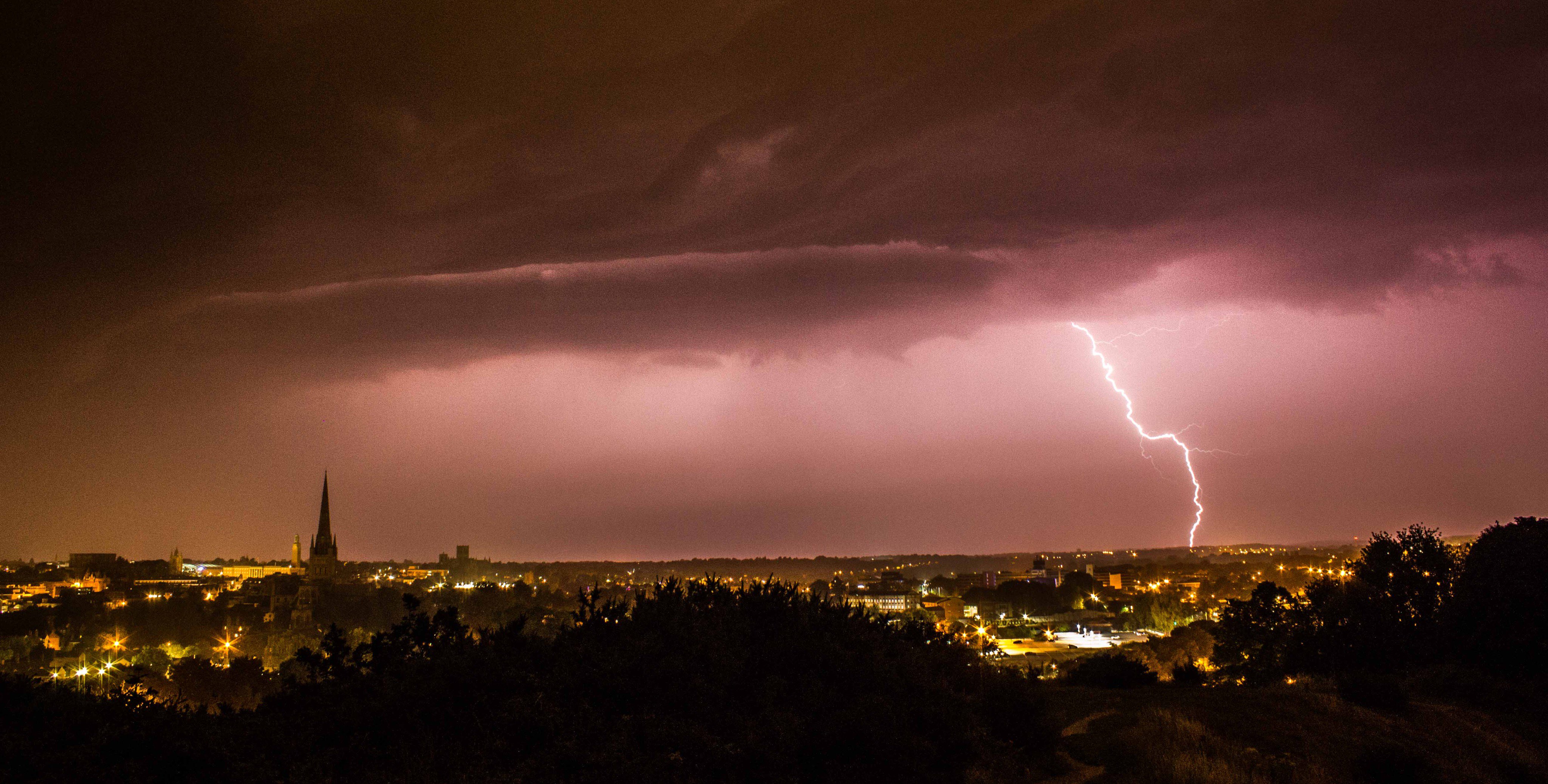 Where in the UK is the greatest risk of being struck and when?

Thunderstorms may occur in any part of the UK and in any month although southeast England and the summer half year, especially the months of May to August inclusive, give rise to the highest incidence of thunderstorms and resulting lightning. Although there is significant annual variability in the occurrence of thunderstorms, the map below highlights the long-term annual number of thunder days for the 30-year period 1981-2010. However, there are some limitations of the 'thunder days' statistic as discussed by the following articles (contact Jonathan Webb for further details):


Principal sources of data include: TORRO and TCO Thunderstorm observers' reports, Climatological Observers Link station data (courtesy of Roger Brugge), and the Monthly Weather Report of the Met Office (published until 1993). Data has been checked for consistency between adjacent stations; however note well that the means for less populated areas will be based on fewer available observations, also, that as thunder observation requires a "24 hour watch" to be kept on the weather, a tendency for under-recording is likely.

Potentially dangerous cloud-to-ground strikes make up only one-quarter of all lightning generated by thunderstorms. Most other lightning happens wholly within the cloud and is visible only as a brightening of the cloud (often called 'sheet lightning').


These are the lightning strikes and times for that day compiled by the Met Office (2012): 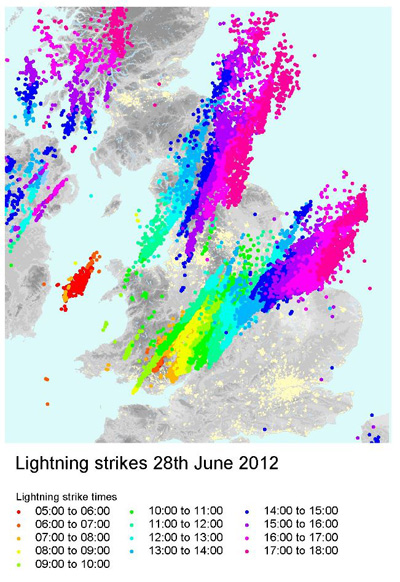 Source: Met Office: Record rainfall - April to July 2012
There were extensive thunderstorms over the rest of Europe on that day too as shown below: 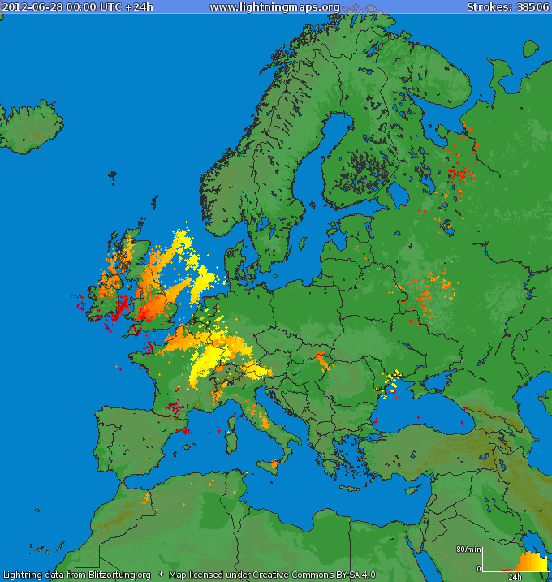 Maps of current lightning strikes are available from Netweather and Blitzortung etc.