The scale extends from H0 to H10 with its increments of intensity or damage potential related to hail size (distribution and maximum), texture, numbers, fall speed, speed of storm translation, and strength of the accompanying wind. The characteristic damage associated with each increment in Britain is listed in the table but may need to be modified for other countries to reflect differences in building materials and types; e.g. whether roofing tiles are predominantly slate, shingle or concrete. 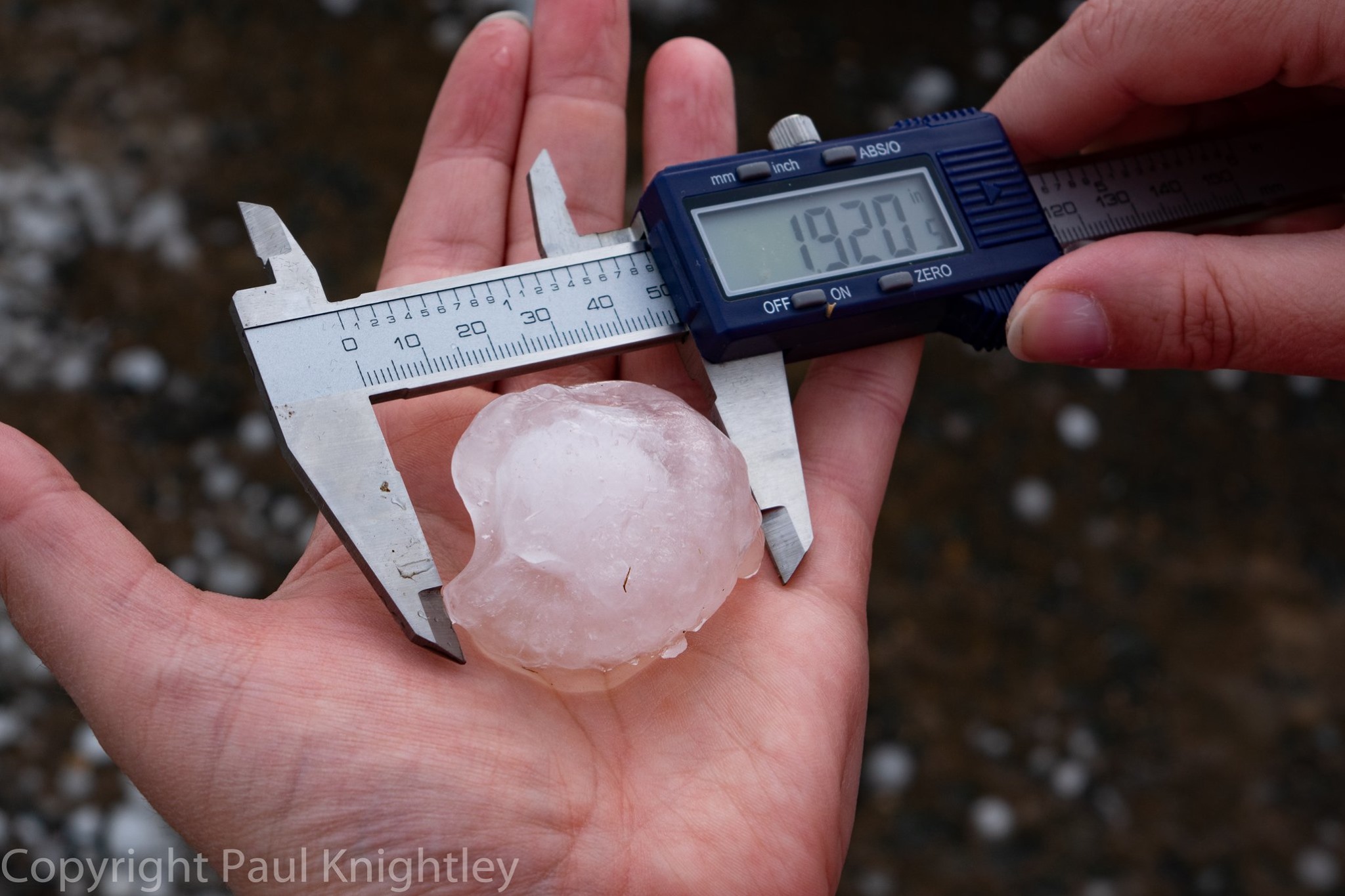 An indication of equivalent hail kinetic energy ranges (in joules per square metre) has now been added to the first six increments on the scale, and this may be derived from radar reflectivities or from hail pads. The International Hailstorm Intensity Scale recognizes that hail size alone is insufficient to accurately categorise the intensity and damage potential of a hailstorm, especially towards the lower end of the scale. For example, without additional information, an event in which hail of up to walnut size is reported (hail size code 3: hail diameter of 21-30 mm) would be graded as a hailstorm with a minimum intensity of H2-3. Additional information, such as the ground wind speed or the nature of the damage the hail caused, would help to clarify the intensity of the event. For example, a fall of walnut-sized hail with little or no wind may scar fruit and sever the stems of crops but would not break vertical glass and so would be ranked H2-3. However, if accompanied by strong winds, the same hail may smash many windows in a house and dent the bodywork of a car, and so be graded an intensity as high as H5.

However, evidence indicates that maximum hailstone size is the most important parameter relating to structural damage, especially towards the more severe end of the scale. It must be noted that hailstone shapes are also an important feature, especially as the "effective" diameter of non-spheroidal specimens should ideally be an average of the co-ordinates. Spiked or jagged hail can also increase some aspects of damage.

The table below highlights the The TORRO Hailstorm Intensity Scale (H0 to H10) in relation to typical damage and hail size codes...

The table below highlights the hail size and diameter in relation to TORRO Hailstorm Intensity Scale...


The Size Code is the maximum reported size code accepted as consistent with other reports and evidence.