Severe winter cold spells in Britain are associated with: The advection of very cold air is most effective when Continental arctic air (from north-west Russia) reaches central and southern parts of England and Wales on an easterly wind, thus crossing a relatively narrow stretch of the North Sea. Widespread low daytime temperatures occur in such circumstances, especially over snow covered ground. An especially severe 'cold wave' occurred in January 1987 when, on the 12th, daytime maximum temperatures at low altitudes ranged from around 0Â°C in the Outer Hebrides to -8Â°C at several places in eastern England; Southend in Essex, where 38 cm. of snow was lying, did not exceed -9Â°C between 9 a.m. and 6 p.m.

Snow and ice surfaces reflect incoming radiation (the albedo effect) and thus suppress daytime maxima. However the most pronounced "feedback" of snow cover is on overnight temperatures, through radiative cooling, since snow is an extremely poor conductor of heat, especially when freshly fallen and dry. In January 1982 the record minimum temperature for England, -26.1Â°C was recorded when skies cleared immediately following a deep powdery snowfall. 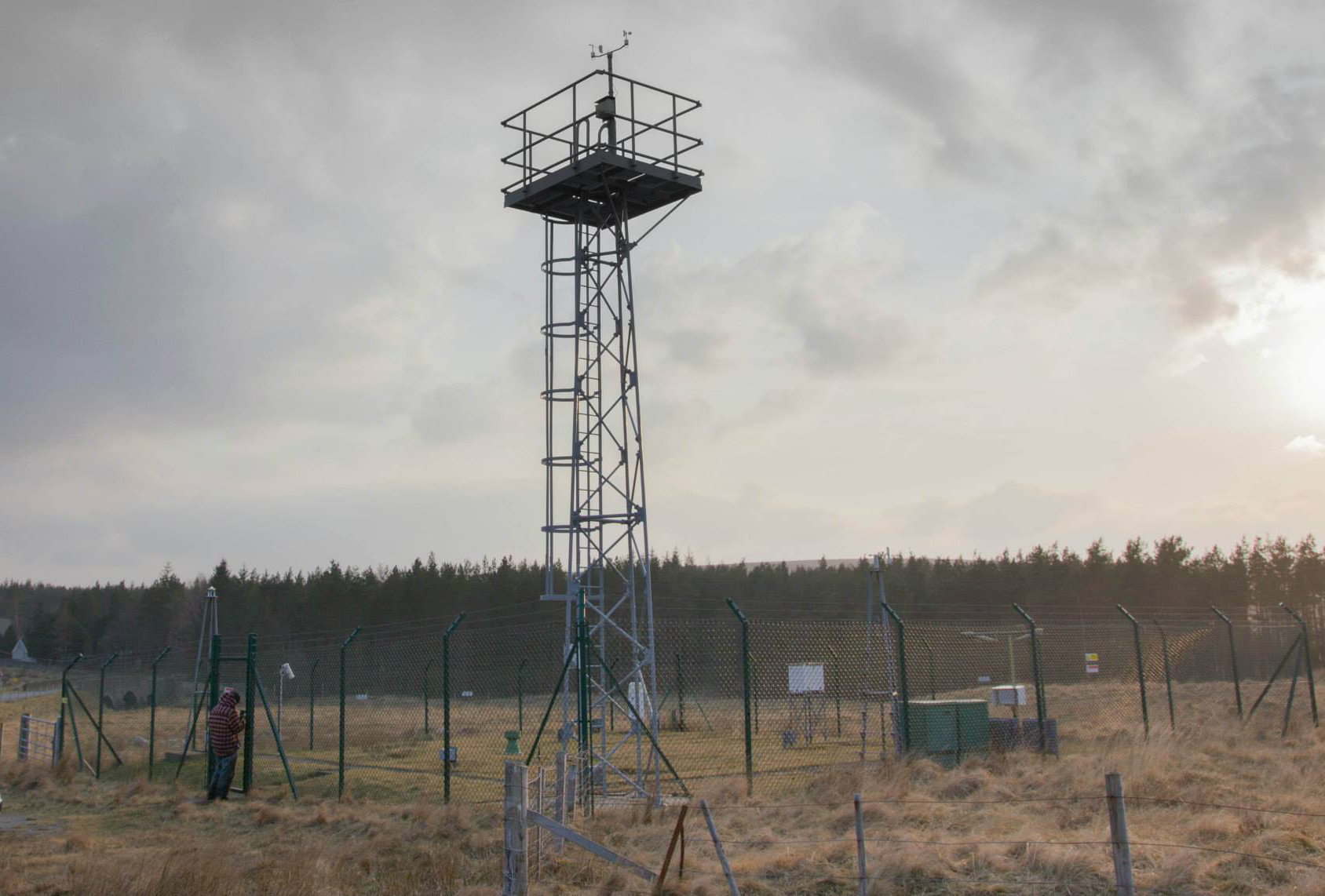 The met enclosure at Altnaharra, Sutherland (Credit: Dan Holley)
Very cold continental airstreams affecting Scotland are subject to greater warming as they approach over longer stretches of sea. There is therefore little difference between the absolute winter minima recorded in the Scottish Grampians and the English Midlands, despite the longer hours of winter darkness further north. However temperatures below -20Â°C are recorded much more frequently in Scotland. This is attributable to the higher altitude of much of the country and the more frequent incursions of air masses from Greenland and the colder parts of the North Atlantic; both these factors contribute to a higher frequency and extent of snow cover in Scotland.

At maritime locations, where there is a small diurnal range of temperature, low temperatures are entirely related to rapid advection on strong easterly winds. The Scilly Isles, Britain's mildest winter outpost, did not escape the extreme cold wave of January 1987. Temperatures on the islands plunged to -7.3Â°C and Tresco gardens sustained disastrous losses of tender trees and shrubs.

Feeble mid-winter sunshine makes little impression on areas of intense stagnant cold which have developed over snow-covered ground under clear anticyclonic conditions. Consequently some of the coldest days have also occurred in such situations including the astonishing day maximum of -19Â°C at Braemar on 10th January 1982 (Journal of Meteorology, 7(66), pp. 34-37). Maxima of -8Â°C to -12Â°C were recorded at several places in the English Midlands during the cold spells of December 1981 and January 1982, especially where patches of freezing fog lingered.

In the absence of snow cover many of the most severe frosts during the summer half year are recorded over light sandy soils which are also a very poor conductor of heat. Outstanding examples include the record low May and June values recorded in the Breckland of Norfolk. Other locations experiencing low summer temperatures are within deeply sheltered upland valleys e.g. in the Grampians, the Southern Uplands and in Mid Wales, where sharp local cooling of polar air masses can occur. Long dry spells in spring and early summer contribute towards late frosts by reducing the heat retention properties of the soil. At all times of the year the lowest overnight temperatures can be expected in relatively dry air masses.

Lowest recorded temperatures for each month of the year, 1875 to 1990