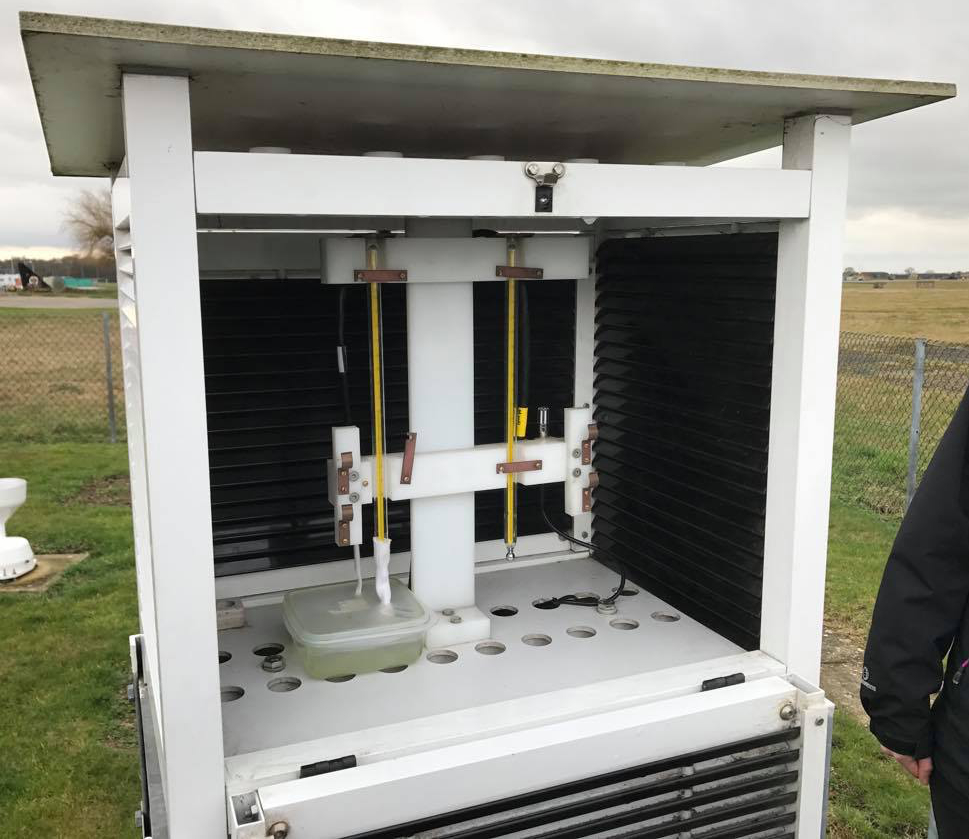 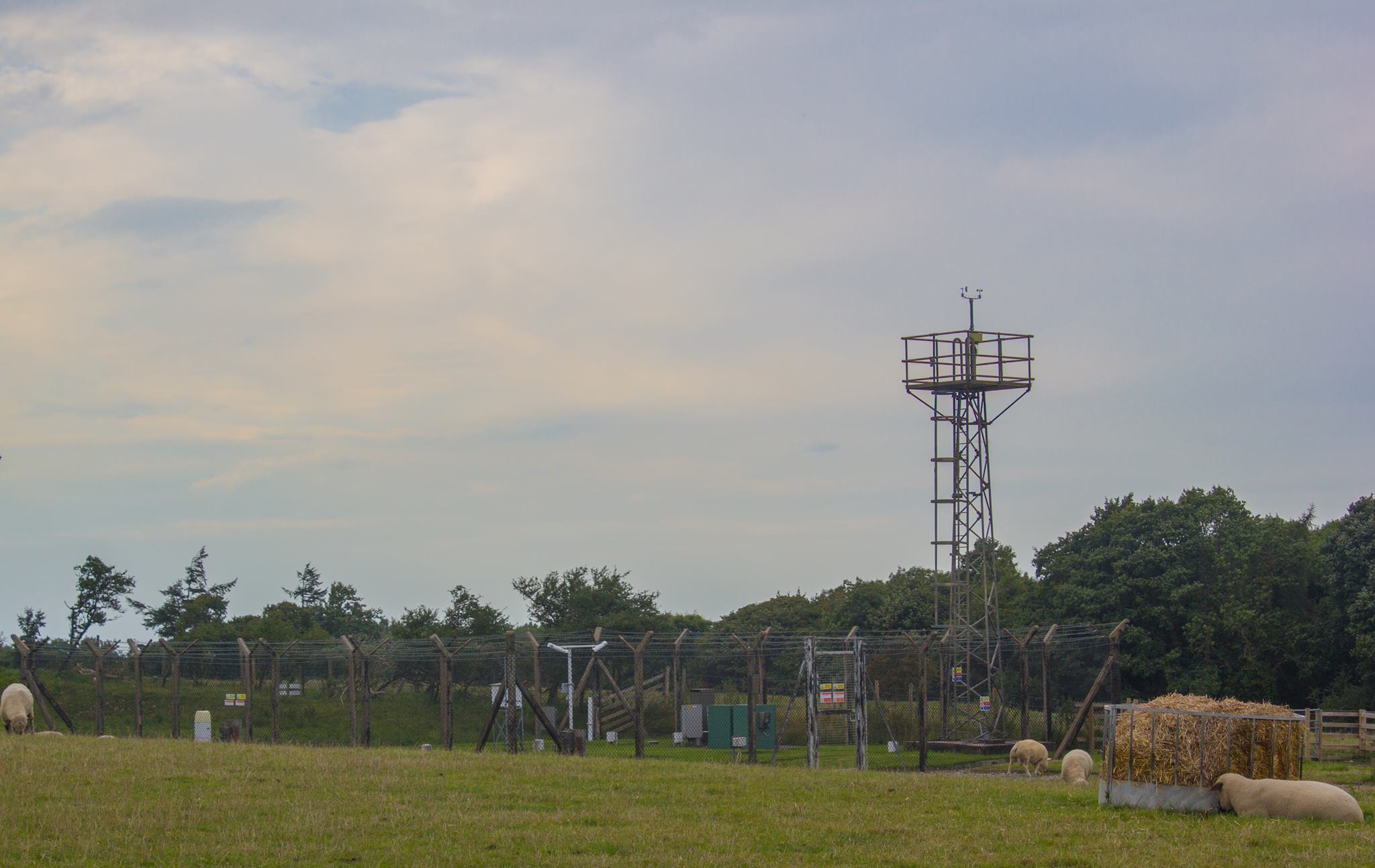 The Rhyl met enclosure at Bodelwyddan, Denbighshire (Credit: Dan Holley)
The highest mid-winter temperatures are the result of a 'Fohn', where very mild air advected on a south or south-westerly airstream is warmed (by adiabatic compression) on descent from mountain ranges. Outstanding examples include the temperatures of 18.7Â°C registered in northwest Scotland in December 2019 and 18.3Â°C recorded in North Wales in January 1958 and January 1971. East Devon, the Welsh borders, North-west and North-east Scotland have also experienced temperatures above 16Â°C in December or January in similar circumstances.

During early spring the occurrence of very high temperatures still depends on the advection of air from a warm source. This is now most effective across Eastern parts of England when a warm southerly airstream arrives across the relatively narrow eastern English Channel. The latter is also the most favourable situation for high autumn temperatures when sea temperatures are considerably higher but the fading power of the sun ensures that temperatures decline steadily once a supply of warm air has been cut off. North-facing resorts along the East coast of England like Cromer and Whitby (both backed by hills to the South) feature in several of the highest recorded spring and autumn temperatures (e.g. 23.3Â°C at Cromer on 9 March 1948). This demonstrates how cooling (or, in Spring, chilling!) sea breezes are inhibited by a steady offshore prevailing wind.

Between April and September the direct advection of a very warm air mass is not the only origin of high temperatures; progressively rising temperatures occur during any spells of calm and sunny anticyclonic weather (as in late June 2018) when the highest values are often recorded in Central England, e.g. in the Thames, Severn-Avon and Trent Valleys. The occurrence of numerous extreme Spring, Summer and Autumn maxima in the London area may reflect the "urban effect" but also the fact that the capital is favourably sheltered to the south by the North Downs. While relatively brief incursions of hot air have produced some of the UKâs highest temperatures, including the current record of 38.7Â°C at Cambridge in July 2019, prolonged heatwaves and the most widespread high maxima are most likely when a very hot air mass stagnates over the country, such as in 1976 and 2003. The record length hot spell of late June to early July 1976 was preceded by a long period of dry, warm weather. The consequent lack of ground moisture resulted in a high proportion of the sun's energy being utilised to heat the air, rather than being used for evaporation.

As during Spring and Autumn very high summer temperatures can be recorded even along the coast when an appreciable offshore gradient wind hinders the development of a sea breeze. The development of these refreshing coastal breezes is also suppressed by the atmosphere stability associated with anticyclones which inhibits the ascent (convection) of hot air inland. In more favourable unstable conditions a `sea breeze' blows inland to replace these ascending currents of warm air. Temperatures above 32Â°C were recorded at numerous coastal locations during the predominantly anticyclonic heat-waves of June-July 1976 and August 1990. An unusual British `heat-wave' occurred way back on 6th August 1910 when 28Â°C was registered in the Shetland Isles, while nowhere elsewhere in Britain exceeded 20Â°C. The extraordinary weather situation responsible is described in Journal of Meteorology, 9(91), 211-213.

Highest recorded temperatures for each month of the year, 1875 to 2020


Note: Values qualified by an * are either (a) from rather sheltered sites or (b) more than 2Â°C above adjacent stations.